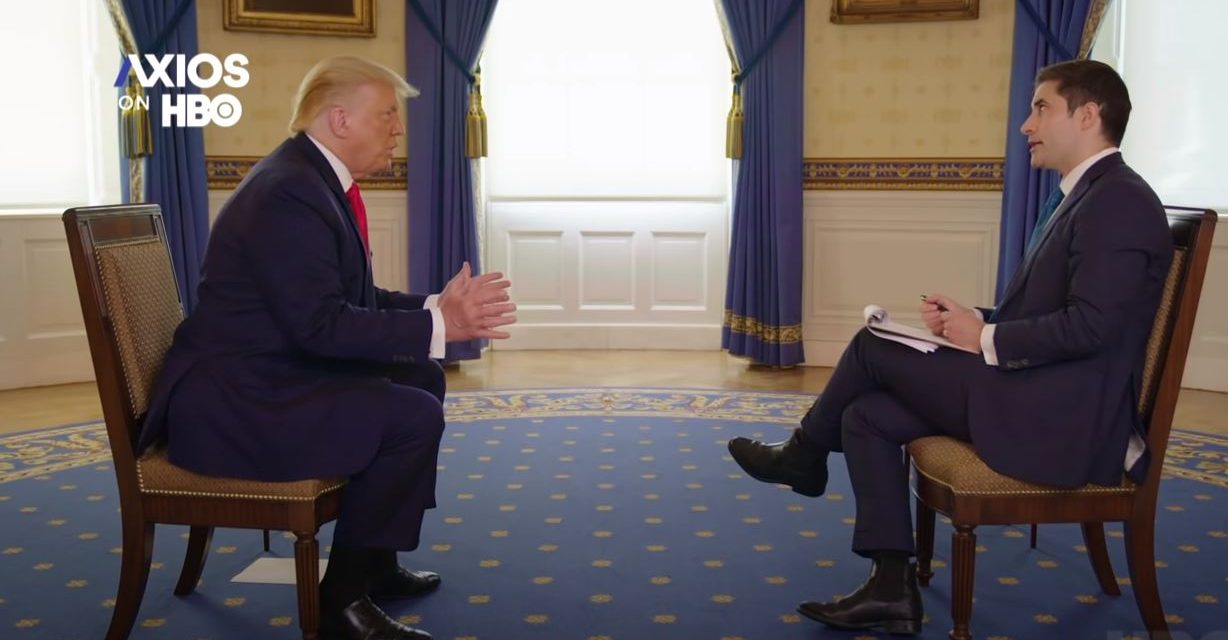 Over the last five years, journalists in America have had a hard time to trying to interview Trump. Often ridiculed, dismissed, called fake news or, even sometimes “enemies of the State”, journalists have struggled to hold the president to account.

This stifled and confusing media landscape has often worked in Trump’s favour. The president’s brash, combative style, propensity for gaffs, and lack of respect for tradition have served to earn him free airtime on nearly all media outlets.

In the 2016 presidential race, he earned nearly $2 billion of free media coverage, 2.5 times more than his rival Hilary Clinton at the time

This strategy has continued into today as he tries to deny his responsibility for the coronavirus crisis as it has unfolded.

Vox has great explainer check it out below:

The dilemma facing the press, then, is “do you fuel the president’s media strategy — especially when the president has no new information to offer?”

Historically there has been a deal between reporters to cover the president whenever he wants. Information from the president can be vital to the nation, particularly in times of national stress or emergency.

One of the key tenets of journalism is to hold power to account. Commonly in political science this is why we refer to journalism as the fourth estate.

The idea is that in a free democracy, the public has the right to know information on why key decisions were made. This does not mean politicians do not resist journalists in their endevour to carry out this key function. This creates a combative dynamic in the political system. Journalists sometimes refer to this as “sparring”.

Axio’s interview this month with Jonathan Swan and President Trump went viral worldwide, watched by over 10 million people. It has been celebrated by journalists and the public, leading to Jonathan Swan being dubbed a “hero” of journalism. Since then, Swan has become quite an internet sensation, sparking many memes.

It is rare for a journalist to get a one on one interview with Trump. Recently though, Trump has offered more access. A recent Chris Wallace interview, where they talked about Trump’s cognitive abilities, saw the president defend against claims of his mental decline. In defending his abilities, Trump referred to his success in a cognitive test requiring him to name and identify common animals, remarking that the last five questions were hard. The test he is referring to is used to rule out dementia and other cognitive dysfunctions.

This interview was a rare chance for Jonathan Swan to know if Trump had any remorse for the victims of COVID-19 due his own actions.

“….that America the leader of the free world with all of it’s advanced science and medicine is doing so much worse than South Korea, Germany and other advanced countries on the metric as death as a proportion of the population. “

A significant part of the interview is where Swan questions Trump about protecting his supporters from the virus. It’s the typical Trump tactics of deflection, however, the way he tries to spin it, it ends up making him look cold and inhuman.

Swan: “They love you. They listen to you. They don’t listen to me, the media, or Fauci. They think we’re fake news. They want to get their advice from you. So, when they hear you say everything’s under control don’t worry about wearing masks…many of these are older people, Mr President… It’s giving them a false sense of security. “

What I think Swan does differently to most journalists is he brings a sincerity to the conversation. He asks the question not in a stark or combative way, it has an emotional aspect to it.

So, when Trump doesn’t answer the question and gives spin. It tends to undervalue the whole emotional aspect to the conversation, vilifying to some effect.

What generally happens with interviews, especially at press conferences. Trump will vilify the questioner, and the questioner will vilify Trump. But as you can see in this instance, it’s hard to vilify Swan as he seems so genuine.

Trump: “There are those who can say you can test too much. You do know that?”

Swan: “What manuals, what books?”

Swan: Sorry, wait a second, what manuals, what books?

Trump, in the past, has made many misleading or false claims. A fact-checking website has found 71% of his claims have been from mostly false to extremely false.

It’s tough for journalists to cut into interviews, but if the interviewer doesn’t want to answer the question, they will likely try to talk around it.

What is frustrating to most journalists and to the public is, often, politicians prepare talking points and avoid addressing the direct question. What is remarkable in the interview is that Swan, when faced with this deflection technique, calls this behaviour out on the spot. Something which can be difficult for even the most experienced journalists to do.

Death By A Proportion Of Cases

Another interesting debate in the interview is where Swan and Trump argue about which metric to use to measure COVID-19 deaths. Trump is prepared for Swan’s criticism and brings a piece of paper showing the one statistic where the US isn’t that bad, which is death by the proportion of cases.

The problem with that is it masks the amount of actual deaths, or daily deaths. The US currently has the highest amount of deaths 165,936 with it averaging out to around 1,000 deaths a day from peak to peak.

Trump: “You have to go by the cases.”

Swan: “Why not by a percentage of the population?”

Trump: “When it says somebody who has the case …where’s there’s a case. People who live from those cases.”

Swan uses the simple technique of quick-follow up question — leaving Trump in a baffling state where he even accuses South Korea of making up their numbers.

Swan has a fantastic ability to connect into the interview, and his razor-sharp senses allow him to cut in seamlessly where needed. He’s able to the callout the BS and can get Trump to explain his bizarre responses, rather than just let them slide.

All hail the new king-slayer: 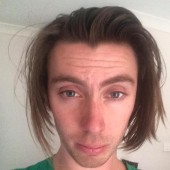 Ishta is the founder of YThink and has a great love of politics. They've been working media & communications for five years.