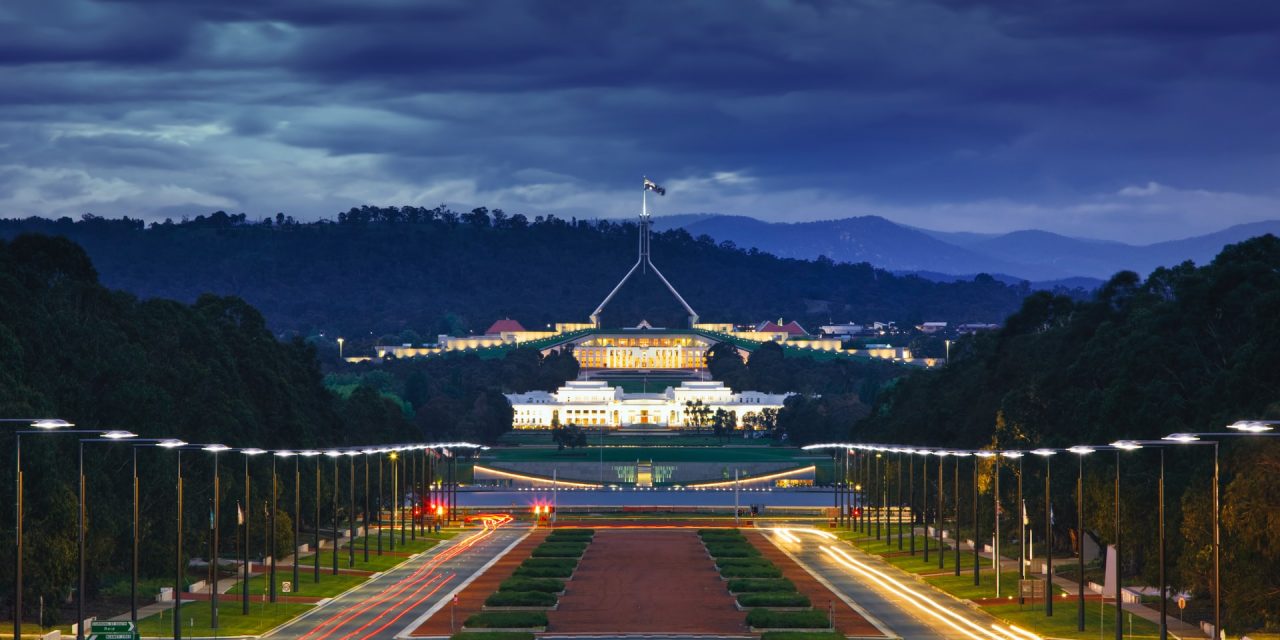 The month of February has seen Australia’s Parliament come undone.

Beginning with a rape allegation, everyday seems to be bringing more insight into what has been dubbed ‘the Canberra bubble’. Numerous women have chosen to tell their stories of sexual harassment, assault and sexism within the walls of Parliament house, uncovering a toxic culture that has been left to fester.

Over two weeks ago the Australian media exploded with the news of Brittany Higgins, a former Liberal staffer who alleges she was raped in Parliament house, in 2019.

Higgin alleges that she was raped by a fellow media adviser, who was initially fired over breaching Parliament house security the night the rape took place.

Four other women have spoken out about their experiences with the same former liberal staffer, with accusations dating as far back as 2016.

Since then the case, and the numerous allegations that have arisen in its wake, have plastered the nation’s media.

On the 22nd of March 2019, Brittany Higgins, who was working for Defence Minister Linda Reynolds at the time, went out with colleagues to a bar, choosing to split a cab with a co-worker as the night ended.

Brittany Higgins had only worked for Linda Reynolds for a few weeks and described the position as her ‘dream job’.

Higgin’s colleague proposed a detour — he had to stop off at the office to pick something up before heading home. Brittany accompanied him and due to her not having her pass, was signed in as a guest of his.

Higgins remembers falling asleep, drunk, on the couch in Linda Reynold’s office, only to be awoken by the sharp pain of her leg being crushed and her co-worker on top of her.

Security footage then shows Higgin’s colleague to have left the building, leaving Higgins alone and as she describes ‘deshellved’ with her ‘dress pulled up on her waist’.

There are rumours of security guards coming to check on Higgins and even talk of an ambulance being called and knowledge from those protecting Parliament that something had gone horribly wrong.

Security was rumored to contact the AFP on the possibility of sexual assault. However, the AFP wouldn’t be able to undertake an investigation without the permission of parliamentarians who control the building.

She awoke, alone in the office at 10am, left to make her own way home.

Over the weekend the Minister of Defence and the chief of staff were told about the incident, Brittany and her offender were interviewed and the staffer in question was sacked — for breaching security.

Mr Morrison states he had no knowledge of the rape in 2019, “I have sought to be as open and honest as I can be about this matter,” and denies he knew about it shorty after it allegedly took place, reports 9 News.

The inconsistencies in the government’s reporting of the events of that night in 2019 have become more evident as the story has progressed, causing many to ask how many people knew about the alledged Higgins rape, and why it was kept under wrap for two years.

The incident was reported to the Australian Federal Police and records show the AFP accessed surveillance footage from the night in April 2019.

Higgins then decided to discontinue the police complaint in April 2019, apparently due to the demands of her workplace, however she revealed recently that this was due to the fear she would lose her job if she spoke up.

The email Brittany Higgins sent the police in April 2019, as seen by the Guardian Newspaper, stated that she did not want to go forward with the case because “it’s just not the right decision for me, personally, especially in light of my current workplace demands”.

On the 19th of February this year Higgins released a statement confirming that she is resuming the case with the AFP and wants her perpetrator to “face the full force of the law” and that she hopes the AFP can do this in a “timely matter”, since she has “waited a long time for justice.”

In November 2020, before the Brittany Higgins story broke, ABC’s Four Corners ran an episode titled ‘Inside the Canberra bubble’. The term referring to the culture of misogyny and sexism that has plagued Parliament for years, and has been virtually undetected outside of the capital city.

The episode featured interviews from numerous female journalists, politicians and staffers who have experianced sexism and sexual harassment at the hands of some of Australia’s most powerful men.

The documentary focuses on two male politicians in particular, Alan Tudge, the Minister for Education and Youth and Attorney-General Christian Porter, and their predatory and misogynistic behaviour towards women. Focusing on their affairs whilst married and their juxtaposing political beliefs — which are very much upholding traditional family values.

The Four Corners episode focuses largely on the ‘what happens in Canberra, stays in Canberra’ mentality that has been largely left to fester in a male dominated industry and a city full of the overworked, powerful and those away from family.

Since the Higgins case had emerged to the public, multiple journalists have reignited the conversation around the culture in Parliament house, with many media and political personnel stating that women were told who to avoid when in the offices.

For example last week Sally Rugg, an activist, author, campaigner and director of the charity change.org tweeted about her experience in Parliament.

Rachelle Miller, former liberal staffer and mistress of Alan Tudge, chose to speak with Four Corners about her experience working in Parliament and being made to feel like an ‘object’ by Minister Tudge, as he paraded her at events.

When asked why she chose to speak up in the documentary Rachelle Miller said she had kept silent for too long on what she had witnessed behind closed doors.

“I saw a lot of really poor behaviour in my time in Parliament and I feel I let down a lot of women. As a senior saffer I could have done a lot more to stand up for people, instead there is a culture of putting your head down and not getting involved.”

A common denominator from every story to recently stem from Parliament house, is this complicit silence that Ms Miller is referring to.

Much like Brittany Higgin’s earlier statement told — women were afraid to speak up for fear of losing their jobs, harming their careers, being ridulcuded, or simply not being believed.

Are we witnessing a #MeToo moment in the nation’s capital?

Brittany Higgins didn’t just reignite her own fight for justice, but has inspired four more women to speak up and tell their stories.

Four women have accused the same liberal advisor who allegedly raped Brittany Higgins, with one of the victims stating she was assaulted in 2017.

The fourth victim was a coalition volunteer when the alleged perpetrator touched her thigh under a table, the woman has since signed a statutory declaration for The Australian Newspaper, which initially reported the incident.

Along with theses cases and the further allegations coming from Parliament house, a fresh rape allegation concerning a minister and 16 year old girl has surfaced.

The accusation was sent to the Prime Minister in a letter, and detailed the rape of young girl in 1988 in Sydney — before the Minister has entered politics.

The identity of the accused Minister has been widely known in the political community and was announced to the media and public to be Attorney-General Christian Porter on the 3rd of March.

Mr Porter denies the allegations and states that they ‘simply did not happen’ and has temporarily stepped down as Attorney-General.

Government scrambles to come up with solutions as more lawsuits emerge

In the past weeks Prime Minister Scott Morrison has apologised for the handling of the Brittany Higgins case in 2019.

Rachelle Miller is filing a workplace harassment suit against her former boss Alan Tudge, with whom she had an affair, claiming she had been ‘belittled and humiliated’ by Tudge.

Miller is also filing a suit against Senator Michaelia Cash, claiming she created a ‘fake redundancy’ package to push her out of office due to her affair with Tudge.

Senator Linda Reynolds has been hospitalised due to a pre-existing condition amongst the ongoing controversy and has had her sick leave extended until April 2nd. This comes after Reynolds was accused of calling Brittany Higgins a ‘lying cow’ after the case became public, with Higgins’ threatening legal action.

Brittany Higgins announced in a statement that she is not planning on making any further public comments at this time and that she requires privacy as herself and her family cope with the emotional fallout of the past two years.

The toxic culture in Parliament is not going away anytime soon, and it is not the only sector in Australia plagued by sexism, but holding those accountable and listening to women is the only way towards reform.

To some the contents of this story may be found to be distressing. Find the following sexual assault support services below: 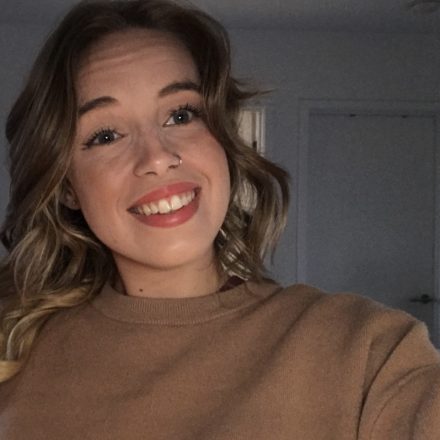 April is a young freelance writer, journalist and content creator with a passion for reporting on gender issues, true crime and current events. A creative by day and hospitality worker by night, she spends her days drinking coffee, reading true crime novels, laying in sunny parks and op shopping. Follow her adventures on Instagram at april97___ 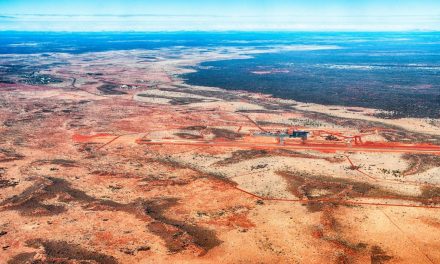 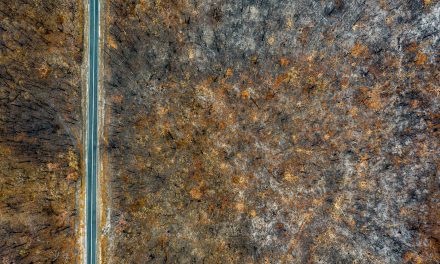